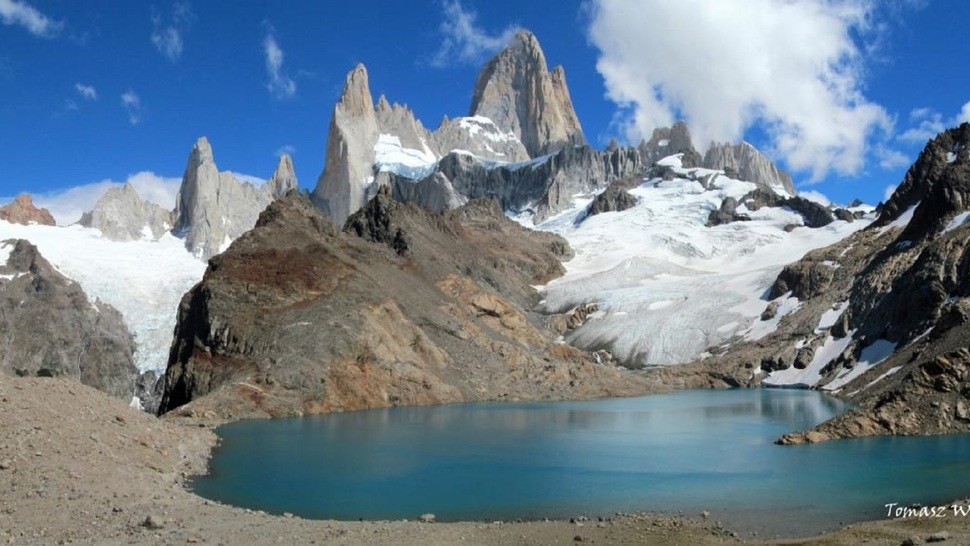 Glaciers are large and dynamic stores of water, and are strongly dependent on climate and local topographic factors. Their mass depends on the balance between accumulation and ablation, and  evolves through time.  Glaciers gain mass by the input of snow and other forms of ice accumulating on their surfaces, and undergo mass loss (ablation) by melting, iceberg calving and other processes. Glaciers losing more mass than they receive will be in negative mass balance and so will recede.

During this lecture students will develop critical understanding of glaciology and its methods. The update mass-balance definitions and terminologies will be supported with photographs of glaciers and glacial landforms from Svalbard, the Alps, Alaska, the Andes and Patagonia taken by the lecturer. There will be some exercises to calculate the mass balance of a glacier.