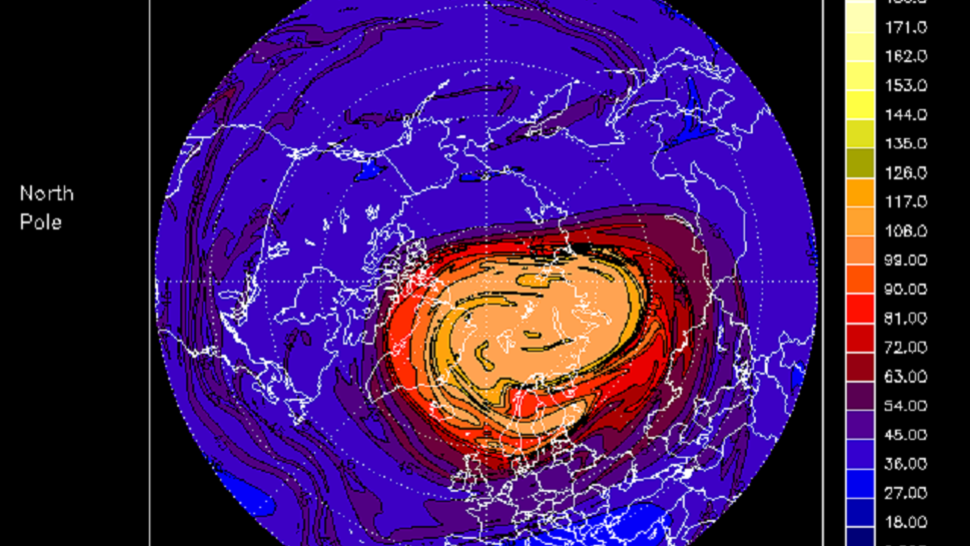 The numerical model MIMOSA allows to understand and predict the dynamics of the wind, vortex and the transport of air masses in the polar stratosphere (high altitude, 12-25 km). This package will use MIMOSA maps to make understandable these notions.

Knowing that warm air always tends towards the colder, less dense mass of air above it, an air mass of 0 to 10 km goes up.

The air in this part of the atmosphere will therefore be constantly stirred, mixed with all the altitudes, rising it cools and mixes with the rest. Similarly, cold air descends and warms up.

This part of the atmosphere is called the troposphere.

The upper part of the temperature profile is different (from 10 to 35 km of altitude): the temperature increases with altitude. A mass of air will not be tempted to rise, it will remain at its level and it creates layers of atmosphere with identical thermal properties, strata, hence the name stratosphere for this part of the atmosphere. In a stratum, the air can mix with the neighboring air masses with the same properties (horizontally, therefore without passing over a layer of the bottom or top).

The intermediate part is called the tropopause and indicates the end of the troposphere and the beginning of the stratosphere, with intermediate properties.

In the Arctic, in winter (polar night) the stratosphere in addition to not being able to mix vertically, will be caught in a vortex, the polar vortex that will prevent it from mixing with neighboring air masses to create a vortex or vortex Arctic polar. Our task will be to understand the behavior of this vortex.