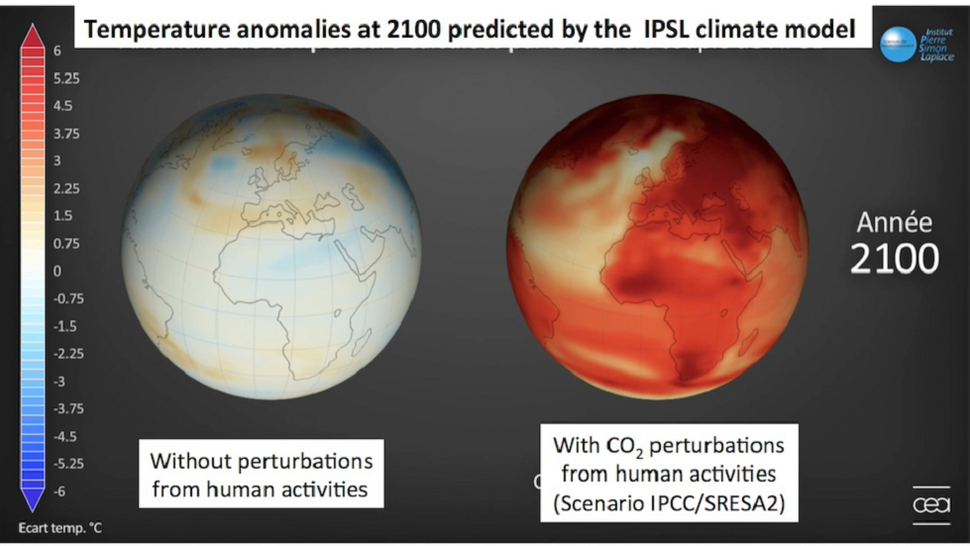 The climate represents meteorological conditions but averaged over long periods, typically at least 10 years. The climate is much less heterogeneous than weather, temporally and spatially. On average, we have several typical climate zones, strongly dependent on the insolation: from tropical to polar climate with and temperate climates at middle latitudes. Meteorological observations and models show that the climate has been warming up over the last five decades.