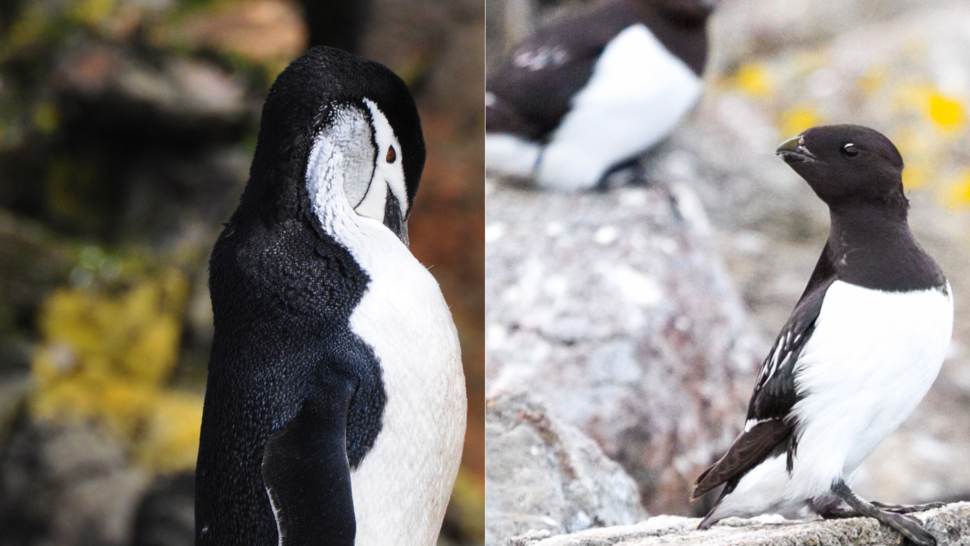 During the lesson I will introduce you two representatives of Arctic (little auk) and Antarctic (Adélie, chinstrap and gentoo penguin) fauna. We will discuss some similarities among those species.

Although we know where the penguins live, and we are able to point their natural habitat on a map of the world (“The Penguins of Madagascar" movie does not help here), some of us still think, that those birds might have regular encounters with polar bears (and they enjoy drinking together some advertised carbonated soft drinks). But the slogan "penguins, which have learned how to fly" is something unexpected and against the common associations.

So what penguins and little auks have in common since they are living on two different hemispheres, and one of them is not even dreaming about flying? Many. We will discuss those similarities during the lesson. If you have no idea what type of penguin is shown on the picture, you will get to know soon :)