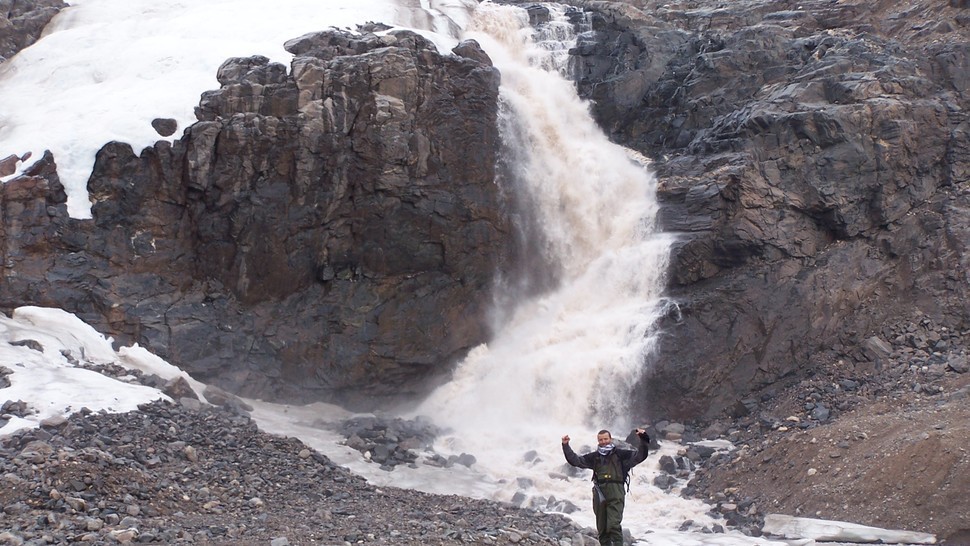 Water in the Arctic that either fell as rain or melted from snow and ice, flows via different paths before reaching the ocean. Runoff regime and hydrological processes shape the landscape and influence dynamics of glaciers.

Glaciers have complicated drainage systems - meltwater can flow on the surface of glacier (supraglacially), within glacier in tunnels (englacially), or drain to the glacier base through moulins and flow along or within the bed (subglacially). Glacier run-off has large diurnal variations and its maximum occurs during summer.

The flow of water in rivers in the Arctic has a seasonal character. During late autumn, winter and early spring, in non-glaciated catchments, rivers freeze. There is a typical large variation of flow of water during ablation season, with very high discharge during the snowmelt and decreases during summer.

Groundwater movement in permafrost terrain is limited, cause frozen soil is practically impermeable. Above the permafrost is the active layer which freezes in winter but thaws in summer, allowing infiltration and groundwater recharge.
Hydrological processes will be discussed during this lesson.