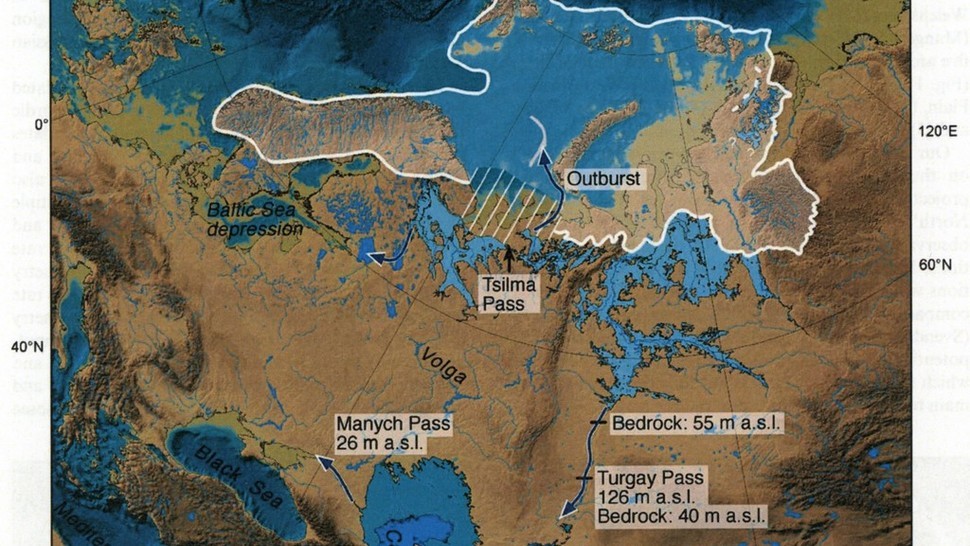 More than 2.5 million years ago, Earth's climate cooled significantly. An epoch began during which large areas of North America and Eurasia were covered by ice sheets. The epoch we are talking about was later called the PLEISTOCENE.